Its happening! 111 days from now I will be running The Yeti 100 Endurance Run on the Virgina Creeper Trail.

At the finish line of  my 75.7 miles at Croatan24, my running buddy Jeremy approached me and asked if I had another 25 miles/6 hours in me.  I don’t believe my response is “pg” rated.  However it was a valid question since the conversations of me potentially running my 1st hundred miler started a few weeks earlier while volunteering at the Mother Earth Brewing Iron Clad Half Marathon.  Jennifer and my sister Amy are 100% responsible for getting this conversation started.

Jeremy and me post 100 mile discussion.  He ran 13.1 and I earned my beer volunteering.  Just realized he has on his Yeti hat…we did not know at the time we would both be running Yeti100! (just another sign…..)

The 100 mile instigators….Jennifer and my sister Amy! ( pic prior to my Ultra Redemption Run)

The “100 mile” seed was planted but no firm plans of when it might happen.  Little did I know the plans were being made for me.  Monday morning, as I lay in bed, post Croatan24, I called Amy ( after all she is 100% responsible for my running addiction) we were causally chatting about Croatan24 and she said “well I guess you are running a 100 miler. ”  I said “What are you talking about?”  She said, “Read your email”.  I immediately, went to my email and saw a confirmation as a participant in the Graveyard100!  OMG! I thought I would vomit! I had been “signed up” a form of “race bullying” at its best by  friend and Race Director Brandon Wilson.  What a tremendous vote of confidence.  Brandon is tough! A first class heckler and taunter but deep down inside he is a very sincere supporter and has been a part of all my ultra quest.  Thanks Brandon!

Highfive from RD, Brandon Wilson after my 75.7 miles at Croatan24.  Great 24hour event, now Tideland24! (I am living proof you can run up to  50 miles a week and gain weight! OMG…at my heaviest and had no idea! )

Fast forward a few weeks, and due to personal issues Brandon was not going to be Rd’ing Graveyard100.  I was crushed.  I did not want to attempt this 100 miler if he was not RD.  My excitement waned and I was silently on a quest for another 100.  That week I had been talking to my husband about riding the Virgina Creeper Trail again in the summer. We had two prior visits and we loved it.  I really wanted to go back.

BOOM…the running Gods dropped the Yeti100 Endurance Run on the Virgina Creeper into my Facebook feed.  I don’t lie…it literally happened just like that.  Wow, this was meant to be! Dan (my hubby) and I discussed the idea of me running my first 100 miler.  We don’t often discuss my running, while he is very supportive, I am a very independent person who does not often seek input of others.  This was a big deal and I wanted his input and support.  He agreed it was meant to be and I should do it. 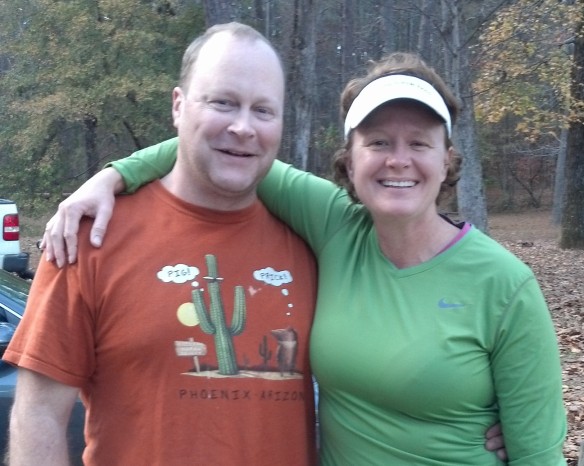 My running widower Dan! He is awesome! Thanks Dan! Post my fist ULTRA FAIL! Pine Moutain 40!

Registration opened day after Thanksgiving and I registered myself and Jeremy.  Poor Jeremy lost his debit card so I fronted him the cash and got him registered.  After all I was not going at this alone.  I needed him there!

“Proceed as if Success is inevitable” ~ unknown

All friendships have limits, and my “tried and true” running friends threw up their hands in surrender as I ventured down my ultra running path.  While absolutely supportive, they asked that I call in reinforcements.  Hence, my friendship with Anj and Fred, previously limited to twitter and Instagram blossomed! Huge thanks to Anj and Fred for joining me on the training run last weekend.  It was so much fun! 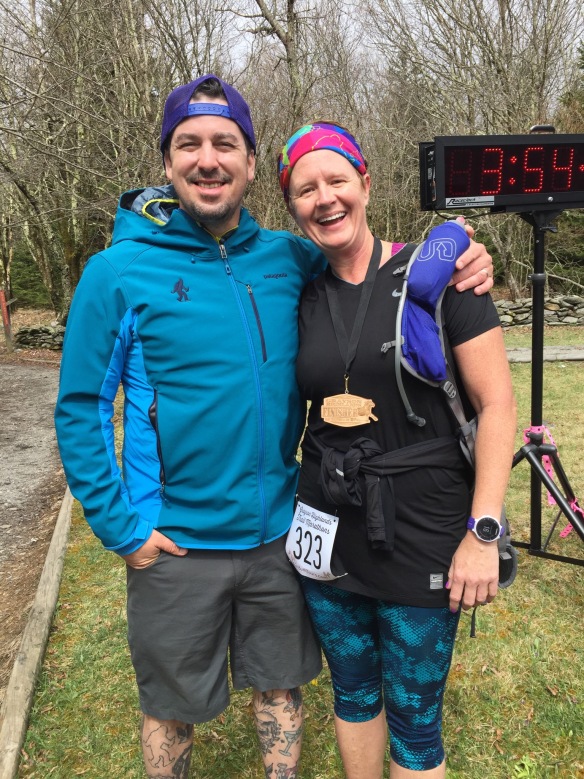 It was an honor to meet Jason Green, founder of Yeti Trail Runners and RD for Yeti100 at Grayson Highlands.  He was so encouraging of my quest. What an authentic guy! 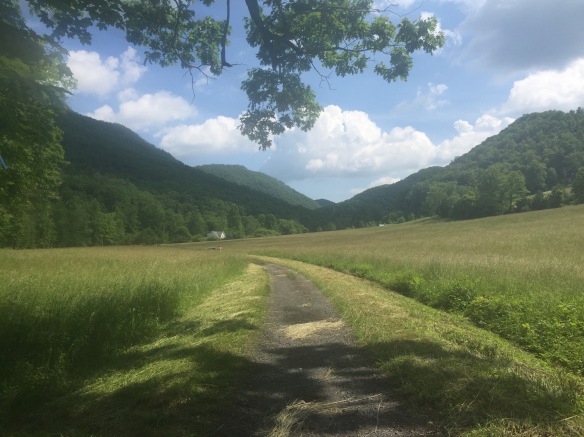 I found Jesus on the Creeper! This will be comforting as I pass three times!

Friends helping friends….the second half of run got hot!

Officially my #foundchange nemesis  Our past two trail runs she found $

This selfie does not do this rolling hills farm justice. It was beautiful! 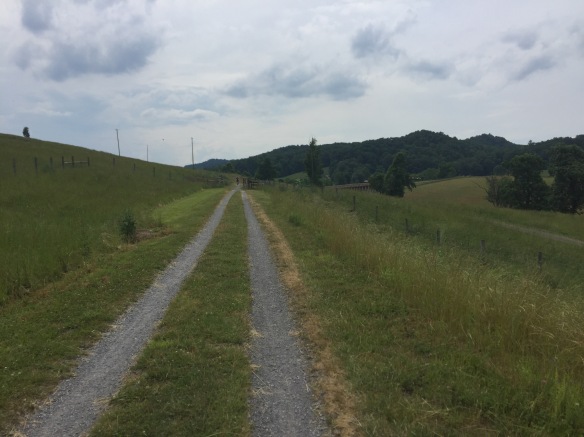 Done 33 miles….trestle #1` of 141 on the Virgina Creeper!  Beautiful run. I cannot wait until September! 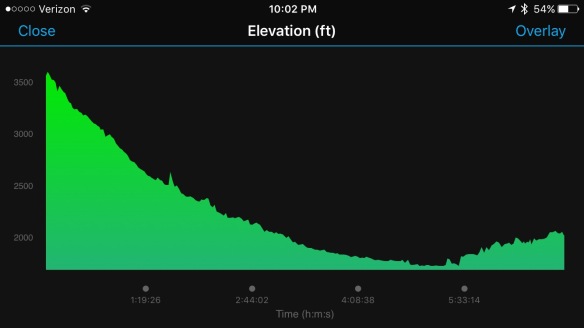 Elevation…Yeti!00….Thankfully only one trip back up!  Planning on running than in July.

Until then…Cheers to friends old and new and many more miles!